Ron Howard could teach us all a thing or two. But he won't. 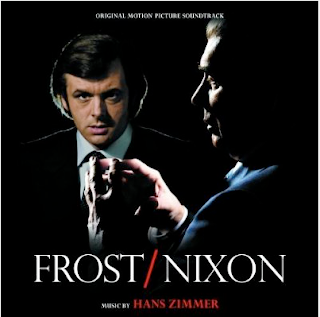 I'm going to pretend 'The DaVinci Code' never happened. That film is such a mess, I could teach an entire course on really bad directing, using it as the only example.

Ron Howard's done other, less stinky films. But even though most of them range from pretty decent to fairly good, I always leave the theater scratching my head. Something always seems to be missing.

It wasn't until I saw 'Frost/Nixon' that I put my finger on it: A theme.

The theme of a film is its lesson. Love is better than money. Crime doesn't pay. Be careful what you wish for. That sort of thing. It's the ultimate truth that the audience (and usually the protagonist) learns just before the credits roll.

Expressing a theme isn't teaching a lesson. It's preaching to the choir. When a film contains "a heartfelt message about the power of love," do you really think people who don't believe love is powerful walk out of the theater with their minds changed?

As much as I complain about Spielberg, this is his genius. Sure, he's heavy-handed. Sure, his characters are often one-dimensional. But his themes? It's like the guy is illegally wiretapping the American psyche. He knows what people want to hear better than they know themselves.

The movie’s got a bunch of potential themes:

Youth and audacity can beat seasoned and cynical.

The future is inevitable.

A good storyteller could have taken any one of them and spun an interesting tale. For my money, I would like to have seen ‘Frost/Nixon’ borrow one of Spielberg’s favorites –– it’s better to be American.

Structurally, 'Frost/Nixon' is a fight film. You've got the president –– the most quintessentially American possible –– in the ring against a foreign guy who talks funny. But there's a twist. Said president did a bunch of shit that’s totally un-American, while Frost, on the other hand, turns out to be the poster boy for freedom of speech, dressing in flashy clothes, talking loudly, having huge ambitions, and boffing beautiful women. The only thing that would have made him more "American" is if he shot moose from a helicopter and called it sport.

A role reversal. And it's Frost's "American-ness" that starts off looking like a weakness, but is ultimately responsible for his success.

What did we get instead? I'm not entirely sure. At the end of the film, Ron has Nixon, defeated, confessing to Frost that he doesn’t like people. Which tells me (and you, even if you don't realize it) that that's the lesson the film is meant to impart. People who like people are better than people who don’t.

Okay. That can be its theme. Except for two problems. One, a theme needs to be established, developed, and resolved. And two, really? That’s the great truth you want your protagonist and your audience to come away with?

Come on, Ron. You can do better than that.

Fabricated entirely by Brian Belefant, DGA at 10:32 AM No comments: