A Ham Sandwich isn't what it used to be. 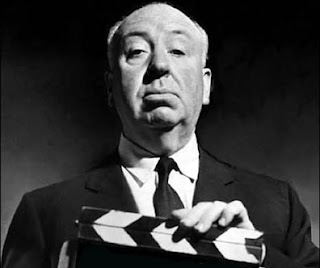 The world is a different place since Hitchcock either did or didn't come up with the idea of the Ham Sandwich (if you don't know what I'm talking about, read my last post).
Hitchcock died in 1980; VHS (a video recording format using tape, for those of you too young to remember) wasn't introduced in the US until 1977. What that means is that Hitchcock made his films for a world that couldn't rewind them to take another look at something.
More critical, people couldn't collect movies and watch them at their leisure. If people wanted to see a movie, they went down to the one movie theater in town and saw the one film that was playing. Period. Except at Christmas time, when 'Miracle on 34th Street' and 'It's a Wonderful Life' got broadcast on that newfangled contraption, television, most movies played in theaters and were more or less forgotten. Or remembered. But never really shown over and over again.
Today, as just about every media outlet enthusiastically exclaims, we live in a world of digital media. Technology has given us not only the ability to collect movies, but to realistically make them ourselves. It's also given us access to myriad channels to find stuff to watch. Not just everything that's being made, from the $200 million studio epic to the latest video of a dog sending a text message, but everything that's ever been made –– good stuff and crap –– all the way back to the first film ever made of a dog sending a telegraph.

What that means for you, Aspiring Filmmaker, is that you're going to have to work a lot harder to get –– and keep –– your audience's attention than Mr. Hitchcock ever did.
In the old days, a gaping hole in the plot might cause people to walk out of the theater, grumbling that they'd wasted 99¢. Today, it'll cause them to click over to something else, grumbling that they'd wasted, well, 99¢.
See how far we've come?
Fabricated entirely by Brian Belefant, DGA at 9:10 AM No comments: