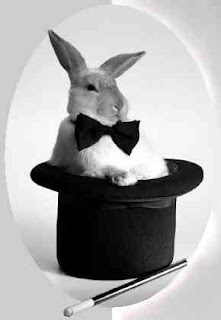 Now that I've given an overview of the casting process (http://tinyurl.com/knnno6) and told you how I write a casting breakdown (http://tinyurl.com/ld7dyx), let me give you a trick I use to help make casting go smoother: The first thing I do when I review my submissions is watch each actor slate and jot down my first impression of him or her.

This isn't stuff like "Yuck!" or "Hottie." It's the first thing that comes to mind about the person. On the job I just finished, some of my notes are "Irish cop," "1950s news anchor," and "Al's friend from that New Year's thing."

These aren't judgments. They're impressions. And it doesn't matter if anybody else can make sense of them.

So what's the point?

Most commercials have more than one role and your first submission can be as many as 300 people. So you have to be able to keep them straight, especially when you need to discuss actors with art directors, copywriters, creative directors, and producers. Jotting down a first impression is a way of crystalizing it for me, kind of like a mnemonic device that helps me recall which actor made which impression later.

I know what you're thinking. You're thinking, "Brian, how come you do this with the slate and not the head shot?"

Actors put a lot of effort into head shots, for the simple reason that it's the thing that makes the difference between being called in for an audition or not. That's good, at least in theory. The problem comes when the photograph goes beyond presenting an actor in a favorable light, which a lot of them do.

Besides, an impression isn’t necessarily based on how someone looks. It could be based on how they move, how they speak, or the way their clothes hang.