Is Hollywood the next Detroit? (Part 2) 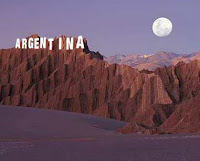 After having gone on extensively about why not to shoot overseas, a lot of people wonder what would possibly compel me to consider shooting anywhere but Hollywood.
Fair question.
Here's a list of the disadvantages to shooting in Hollywood:
1) Cost. This is the biggest one. If you want all those things that I listed in my last blog, you're going to have to pay for them. That's just the way it is. And these days, nobody has the kind of money that they used to have. Shooting overseas is sometimes the only way we can afford to do a project for the money.

2) Permitting. There are parts of LA that have a moratorium on shooting. Period. Meaning, no, you can’t shoot there. In Portland, I recently shot for two days downtown. The requirements were A) Inform the film office where and when I’d be shooting, B) Don’t block any businesses’ entries, and C) leave at least six feet on one side of any camera or equipment for handicap access. In Moncton, it was even less onerous.

3) Jaded citizenry. There’s something really wonderful about being welcomed into a community, rather than being given the stink eye everywhere you turn. When I shoot a job in, say, Halifax –– or even Vancouver, Washington –– it’s not unusual for people who own the locations we’re using to go out of their way to accommodate our needs. I’ve even had homeowners make cookies for us when we come to scout their back yards. That doesn’t happen in LA.

4) “Free” extras. Every time I shoot in LA, it becomes a festival of gardeners with leaf blowers, motorcyclists idling and revving, people jumping up and down behind whoever’s in front of the camera, and drivers of passing cars leaning on their horns.

5) Unfunded mandates. Where you can shoot in LA, a lot of rules make it difficult to get permission. Try getting 100% of the neighbors on a block to sign an agreement allowing you to film there.

6) Unions. SAG, IATSE, the Teamsters, and the DGA aren’t inherently bad, but they do have their own agendas which make shooting in LA or New York a bit more complicated than shooting elsewhere. You either follow their rules or run the risk that they’ll shut you down.

7) Overexposure. I once shot a car commercial in LA and thought I’d discovered a great location. As I was lining up a shot, I looked down and saw I was standing on tape marks from a previous production. Believe me, if it’s worth shooting in LA, somebody’s already shot it.

8) The Boondoggle Factor. Let's face it, it's more exciting to say you got to shoot in Bulgaria than on the backlot at Paramount. And for people who want to travel, but don't want to spend their own money doing it, taking a production overseas is perfect.

9) Being unavailable. An amazing thing happened when I shot a job hundreds of miles from the nearest cell tower in Namibia –– nobody could "check in" with some higher up to validate their decisions. Everything we did, we did without help. It was one of the most pleasant production experiences I've ever had. Of course, that's not the kind of thing I'd advertise to the higher-ups...

10) The look. LA looks like, well, LA. Even in the areas that can play for someplace else, you're not going to have snow. And it's going to be hard to avoid seeing palm trees.

Frankly, no place is perfect. The trick is to calculate which place is likely to be the most perfect.

Fabricated entirely by Brian Belefant, DGA at 10:47 AM 2 comments: