What's a director's vision and how can I get one? (Part 1) 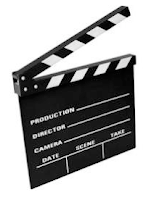 I've been talking to a lot of people lately about vision –– that nebulous quality that defines your work, separates you from your competition, and makes you worth vast sums of money –– and I've come to the conclusion that there are two aspects to a director's vision.

The first part is the material.

The easy way to think about this is to ask, "What's the film about?" 'ET', for instance, is about how humankind deals with the discovery of extraterrestrial life. (So are, by the way, 'Avatar' and 'District 9', but we'll get to them down the road.)

The material you're drawn to is a huge part of defining your vision. Back in 1980, Spielberg could have easily been working on a film about –– oh, I don't know, how humankind deals with the discovery of a hugely powerful religious artifact... oh wait. He was. That's 'Raiders of the Lost Ark'.

I think it's fair to say that Spielberg is attracted to stories about how humankind deals with events that have the potential to change history.

I know, I know, there are a lot of ways to parse what a film is about. Just go with me on this one. And, yes, I'm cherry picking. But you get the point.

Some directors, it's pretty obvious what gets them going.

Mel Gibson is drawn to stories about heroic characters who are utterly destroyed by powerful bad guys ('Braveheart', 'The Passion of the Christ', 'Apocalypto'). Krzysztof Kieslowski rarely veered away from dealing with great cultural themes ('Trois Couleurs', 'The Decalogue'). Ingmar Bergman was hung up on death. Until he, well, died.

Others, well, hey. They have mortgages and ex-wives to support.

Or they have something else that unifies their work. Another aspect of vision I'm going to get to in Part 2.