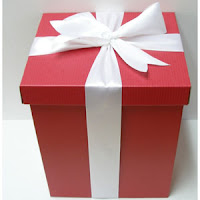 I don't think it's that hard to draw the line.
It all comes down to responsibility. If you're doing something you honestly intend to help your client, you're not engaging in boondogglery. If you're doing something for your own personal gratification at the expense of your client, you are.
Take me, for example. I like to travel. So I'm extremely open to finding alternative destinations we can use to produce work for clients. Most of the time, the solutions I find are actually less expensive than the conventional solutions. So if I take a job to Spain and save a client $60,000 over shooting in LA (as I've done), that hardly counts as a boondoggle.
If shooting in Spain costs exactly the same as shooting in LA, money has nothing to do with the decision. If I want to go to Spain and the commercial wouldn't suffer from having been shot there, fine. That doesn't count as a boondoggle, either. As long as the end result is the same.
Where it becomes a judgement call is when shooting in Spain costs more than shooting in LA. And the answer is simple: Do you get more value from shooting there? Not just the "what shows up in the frame" added value, but also the other intangible stuff. Working with a talent pool that isn't overexposed, trying out a new crew, getting to sample the local cuisine. The reality is that for all the positives about shooting elsewhere, there are negatives as well, which I listed pretty extensively in my post on February 26th. I speak Spanish, but I speak English better. So while I can work with a crew in Spain, I'm working harder in order to do so.
On balance, if the benefits outweigh the disadvantages, and I mean mostly to the client because that's who your responsibility is to, then it's not a boondoggle. But if it's a way to make a client pay for a bonus you want to give an employee who's done a really good job this year, it is.
The bottom line is that work is work and vacation is vacation. You can love your work. In fact, you should love your work. But it's still work.
Fabricated entirely by Brian Belefant, DGA at 10:04 AM 1 comment: