My Christmas gift to you: Three secrets to making a great commercial 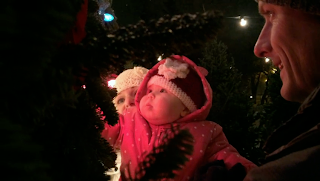 Good ad agencies, like good businesses of any ilk, have a point of view. And back in the 90s, BBDO was one of the best. Their point of view enabled them to do a particular kind of advertising and they did the shit out of it for Pepsi, Visa, Skippy, and Frito-Lay.

I know this well because from 1993 to 1995 I was Senior Vice President/Creative Director at BBDO.

I'm going to tell you a secret. The BBDO secret.

The quintessential BBDO commercial (the agency almost exclusively did TV commercials) relied on three things: 1) Intrigue, 2) Misdirection, and 3) Making the product the hero.

Intrigue means it's a story and the story sucks you in.

Cindy Crawford steps out of a sports car at a desolate gas station and walks over to a vending machine. 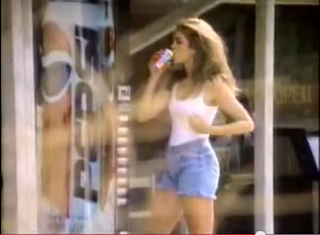 I wonder what's going to happen next, don't you? You do. We all do, especially since we establish that two boys are watching her. (Remind me to share John Cleese's brilliant observation about comedy in a post someday.)

Misdirection goes to the dramatic structure. If you know how your story is going to turn out, why would you continue watching? Well, yeah, there are reasons. Like, for instance, it's Cindy Crawford.

Sure, we know Cindy is going to put money into the vending machine and push a button. Will a Pepsi come out? It does. Will she drink it? She will. But what of the two boys?

Here comes the misdirection: As Cindy slugs down the Pepsi, the two boys watch, slack jawed. One of them comments, "Is that a great new Pepsi can or what?" 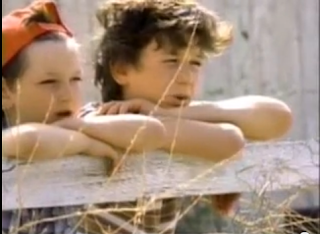 Which brings me to making the product the hero. That's shorthand for "the product is not just integral to the story, it is the very thing that makes the punch line satisfying." When your product isn't the hero, you may have something funny –– like shooting gerbils out of a cannon as Outpost.com did in a Superbowl spot back in 1999 –– but you don't really have a commercial.

The hero of the spot with Cindy Crawford is the can. Pepsi had redesigned their can. Implicit in the commercial, whether believable or not, was that Pepsi's new can was even more beautiful than Cindy Crawford's... well... can. 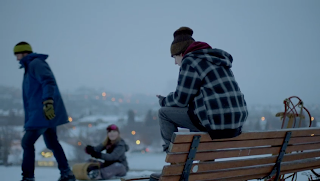 We think we're watching a kid playing with his iPhone at the expense of engaging with his family during the holidays. Misdirection. Turns out he's shooting a movie of the family on his iPhone to share with them on Christmas morning.

As for product as hero, yep. Apple made a big point about its improved video capabilities with the introduction of the new iPhone earlier this year. I'm pretty sure the brief the agency worked from directed them to create a spot that highlighted the feature. 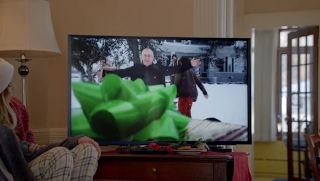 That's an important word and it brings me to Secret #4. (I know. Look at me being all generous.) There are features and there are benefits. Features are what a product has or does. Benefits are what you get from having a feature. The ability to make a movie on your phone is a feature. The ability to bring your family together and share memories almost as they're being created? That's a benefit.

This is an extraordinary spot. Beautifully conceived and well-crafted.

I'm grateful to both Apple and TBWA\Chiat\Day (the ad agency) for giving me a gift I so appreciate as this most difficult of all years finally comes to a close: Proof that it's still possible to create truly great advertising.

Sometimes the only way you can tell something is art is because it was made by an artist.

Not the whole thing. The first five minutes will do. Go ahead. I'll be here when you get back.

Okay. Notice anything… funny? I'll give you a hint. It's the scene at the beginning, where Lincoln (Daniel Day-Lewis) is talking to the soldiers. Lincoln is sitting on a covered platform; the soldiers are standing on muddy ground. Tents are pitched around them. Campfires burn.

When we're looking at Lincoln, it's raining. Hard. That backlight thing Steven Spielberg likes so much –– with shafts of light that illuminate the weather –– makes it impossible not to notice. But when we're looking at the soldiers Lincoln is talking to –– same time, same conversation –– nary a drop is falling.

It's tempting to call this a mistake. It isn't.

If we want rain –– even if the forecast calls for a 90% chance –– we bring in water trucks and hire crew members to build and operate the rigging necessary to make it look natural.

If we don't want rain it's a little easier. It takes a serious downpour to register as rain on film. Still, if there's money in the budget and we're not shooting in Southern California, we bring in tarps or silks and rigging and hire crew members to build and secure the rigging and light through and/or around it.

This goes a long way toward explaining why movies are so damn expensive to make.

When the UPM and the Assistant Director (Susan McNamara and Adam Somner) broke down the script for 'Lincoln' with Spielberg, they went through every single scene and asked Mr. Spielberg, among other things, whether he wanted any special weather effects. That's their job.

It’s the UPM’s job because it affects the budget. Rain takes trucks and water and rigs and all sorts of ancillary characters that need to be added to the number of people to be wrangled and fed and provided parking spots and restroom facilities on that day. It’s the AD’s job because it affects both the shooting schedule and the safety of the crew members and actors. The three of them have more than 100 films under their collective belts. This ain’t none of them's first rodeo.

Then there's the script supervisor whose job it is to make sure that continuity is maintained. When Anna Rane showed up on the day they shot that scene, she would have asked Mr. Spielberg if he was sure the scene was going to cut, what with rain when the camera was pointing in one direction and no rain in the other. You don't get to be script supervisor for Steven Spielberg by letting huge continuity lapses happen.

And don't forget the crew. As in the entire crew. The gaffers who lit the scene. The grips who rigged it. Maybe they didn't all notice, but I'll bet some did. I guarantee you Ryan Cole did. He's the sound recordist who had to fight the sound of the rain in one shot and didn't have to deal with it in the reverse.

I mean, seriously, if you were one of the more than 60 production assistants on this show –– even if it was your first time stepping onto a film set –– wouldn't you go out of your way to be helpful in hopes that you’ll impress someone enough be invited to the next one or get promoted to a better, higher-paying job?

No, I'm certain this scene was shot just the way Spielberg intended it to be. And it must have worked for the members of the Academy, too, because he got nominated for Best Director.

All of this is leading up to a point and the point is this: I don't get it.

I don't get what he was going for. I don't understand why you'd shoot a scene that is so clearly discontinuous.

I suppose it's art. To me, it smells a lot like Kool-Aid.
Fabricated entirely by Brian Belefant, DGA at 3:55 PM 1 comment:

Hey, John Lasseter, my six-year-old has some choice words about the dialogue in your latest film.

Let me start by saying that John Lasseter is truly one of the greatest filmmakers alive. His oeuvre is dominated by sophisticated explorations of the father figure as an archetype, particularly with regard to redefining his identity in a world that shifts beneath him.
I never hesitate to take my kids to any film John Lasseter is associated with, and if you're getting the impression I'm raising film snobs, well, yeah. I guess I am. Film snobs who can differentiate between a Pixar film and a Dreamworks film.
Did I mention they're five and six?
Yep, at five and six my kids appreciate structure, character development, performance, and theme, just like any ordinary five- and six-year-olds –– who happen to have a father who can't help but encourage them to identify what works for them and what doesn't.
So of course I took my precious little film critics to see 'Frozen'.
I'm not going to do a movie review here, other than to say that except for the tight structure, engaging characters, clever dialogue, and thoughtfully crafted world the story takes place in, you'd never know John Lasseter had anything to do with 'Frozen'. The story is entirely devoid of a father figure.
More than once, a bit of unexpected dialogue made me laugh out loud. But then, halfway through the third act, the good guy says to the bad guy, "You'll never get away with this." The bad guy replies, "I already have."
My six-year-old daughter leaned over and said, "Dada, we already heard that line in something else."
She was right. We had. (Three days before we'd watched 'Escape from Planet Earth', which in an interesting bit of irony is not a John Lasseter movie at all and yet is –– you guessed it –– an exploration of the father figure as an archetype, particularly with regard to redefining his identity in a world that shifts beneath him. Go Weinsteins, right?)
To be fair, 'Frozen' was actually directed by Chris Buck. John Lasseter was the executive producer. And 'Escape from Planet Earth' was directed by Cal Brunker, not Harvey and/or Bob Weinstein. Add to that as far as critical acclaim goes, while John Lassiter has only won two Academy Awards (not counting the two Student Academy Awards he won while at California Institute of the Arts), the Weinsteins have won 75.

So why am I picking on John Lasseter?
Because he has such a clear, consistent vision. And the power to insure that every single thing that comes out of Walt Disney Animation Studios and Pixar meets his extraordinarily high standards. As for the Weinsteins, while some of the films they've been associated with are transcendent ('Silver Linings Playbook', 'The King's Speech'), some are pretty crappy.
Sorry, John. That's what you get for being so damn good.