Does the guy in the latest Hammy's commercial remind you of somebody?

I recently shot a couple of spots for Hammy's Pizza that I'm really happy with, and not just because they gave me the opportunity to create a character based on someone I know and no, I'm not going to go into more detail than that because maybe you know him. Hell, maybe you are him.
Let's just say that I feel as if I've exorcised a tiny, little demon in shooting these spots. Which, in the world of advertising, is quite an accomplishment.
Anyway, wanna see? Here's a link: http://vimeo.com/13537822
Fabricated entirely by Brian Belefant, DGA at 12:03 PM 2 comments:

Why most advertising sucks. (Part 5)

Every once in a while, somebody says what I want to say better than I could have said it myself. Today's example comes from Bob Hoffman, CEO of Hoffman/Lewis advertising.


Bob writes one of the few blogs I regularly follow, called 'The Ad Contrarian'. Here's what he says about why advertising is so crappy:


Like most sensible people, here at The Ad Contrarian world headquarters we do our best to avoid advertising.

This keeps getting harder and harder.

Despite all the witless proclamations of new age marketing gurus about the death of advertising, advertising isn't just growing, it's metastasising.  Every click of a mouse brings us at least three ads. TV watching is at its highest level ever. Every person wearing a hat or a t-shirt has become a walking billboard.

You can't swing a dead media planner without hitting an ad.

And while advertising has gotten bigger and bigger, it hasn't gotten much better.

I'm not one of those old guys who thinks that there was a golden age of advertising (or music, or movies, or literature) in which everything was brilliant and that everything since then has been crap.  I believe that most advertising (and most music, movies, and literature) have always been pretty lousy, and today's lousy is no worse than any other era's lousy.

The reason most advertising (and artistic endeavors) are lousy is not that people set out to create crap. It's that creating something good is really, really hard. And there are very few people who can do it.

The idea that we are all creative and that if we just free ourselves from the stultifying shackles of society we can unleash a torrent of creativity is juvenile nonsense. Creativity is rare and precious. Many seek it. Few have it.

With all the amazing advances in technology and communication, you would think there might be some concomitant blossoming of creativity. But there hasn't been. Not in advertising, not in music, not in art, not in literature, not in movies.

Maybe that's why our industry has become obsessed with technology and media. There have been impressive, sometimes startling, leaps of innovation and inspiration in these areas.

But, sadly, the "content" is just as crappy as ever.
Fabricated entirely by Brian Belefant, DGA at 11:05 AM 1 comment:

I'm looking for seven- to nine-year-old boys and no, I'm not a perv.

You know that camera rig I mention occasionally? The one I've been working on for almost a year? Well, I finally got it to do what it's supposed to.
Most directors, when they come up with something as potentially mind-blowing as this, they shoot a test. But I think we can all agree I'm not like most directors. I have to go and do something spectacular. Like a piece that involves a big cast, a ton of specialized equipment, intricate choreography, a porn star, huge lights, smoke, wind, and a crew of at least 15.
Could be fun. Could be a disaster.
To raise the stakes just a teeny bit more, I'm going to need some seven- to nine-year-olds to be in it.
The good thing about working with seven- to nine-year-olds is that unless the acting requires them to do something that seven- to nine-year-olds don't normally do, you don't need a seven- to nine-year-old with a ton of experience. In fact, brains, demeanor, and enthusiasm are way more important than any kind of training.
Which is why I'm posting this on my blog.
If you know of a kid in the Portland area who might be interested in getting a taste of acting, let me know. Send me a headshot or a picture, along with stuff it might help to know about him: how old he is, whether he has any acting experience, how long of an attention span he has, his height, weight, and hair color. You can send it all to jobs@belefant.com. If you hit the spam filter, just try and convince it that you are indeed a real person.
We're aiming to shoot on the 24th and yes, we'll have all sorts of things in place to make sure that the kids are not abused or distressed in any way.


Can't say the same for the director.

Fabricated entirely by Brian Belefant, DGA at 11:19 AM No comments:

How you buy often indicates how you make

The other day I was talking with a producer buddy of mine about pizza. He buys the cheapest pizza he can find. And he prides himself on using coupons to save even more.
Another producer I know insists on going to the most expensive pizza place in town. It's good. But I'm not convinced it tastes the best.
As for me, I like pizza. A lot. I lived in New York and developed a taste for wood-oven pizza like what you get at John's. The pizza I like to get is in a place with formica tables, in a part of town surrounded by bars and tattoo parlors. I don't find the area particularly scary, but some people do.
What does this have to do with filmmaking? Well, it's interesting.
The cheap producer makes things the way he buys them. He's always looking for a way to save a buck, and doesn't see the point in spending money on a better camera, the really good dolly grip, or the brand-name cookies for the craft services table.
The profligate producer is what we call a "star fucker." He hires the most famous people he can find and if nobody's more famous than anybody else, he'll go for the person with the highest rate. If there's an expensive piece of equipment out there, he'll not only find it, but figure out why he has to use it.
And then there's me. I'm looking for the unique. The expressive. The solution that helps me to evoke the feeling I want to create. If it's expensive, I'm happy to spend the money. But if it's cheap, I'm even happier.
The interesting thing is that by and large, none of us has enough money –– ever –– to do a job "right." So you would think that the cheap producer would be at a distinct advantage. And sometimes he is.
But the star fucker producer isn't exactly starving. Because he speaks with such conviction about the stuff he thinks has value, he's often hired to pull off a job where a mediocre piece needs something to make it work better.
As for me, I feel fortunate in that my taste is distinctive, but not necessarily expensive. Sure, I need certain equipment to achieve the look I want, but I know enough about every job on the set that I don't need to rely on somebody with some mystery talent I don't understand to deliver it.
Who's going to do the best, ultimately? Who knows?
You might think it's the cheap producer because he's always the least expensive option. But the quality of the stuff he creates tends to be minimal.
You might think it's the guy like me because I'm generally somewhere in the middle, yet the pieces I deliver are consistently distinctive and extremely high quality.
Frankly, I think it's the star fucker. Because most people –– in any profession –– are insecure. They prefer to hire and trust the person with the aura of authority.
I should probably rethink my approach.
Fabricated entirely by Brian Belefant, DGA at 9:49 AM 1 comment: 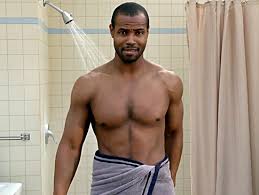 Did you realize that the Old Spice guy is African American?


I did. But only recently.


This is relevant. First of all, because I'm old. And second because I grew up in the South. So I'm keenly aware of the prejudices I've worked so hard to overcome. Or at least I used to be. The fact is, the man's race wouldn't have even occurred to me except that I overheard someone describing his dark skin the other day –– and not in any disparaging way.


And even though I'm speaking for myself, I think it's pretty clear from the chatter that this campaign has generated that I'm speaking for the vast majority of people who have seen it. There is no uproar. Sure, there's controversy. Anything this popular is bound to have its share of detractors. But when I was coming up, the negative comments would have had more to do with the man's race than the advertising's message.


Today –– and I know this because I've spoken to some of the people who work at Wieden + Kennedy –– Isaiah Mustafa got the part not because he was black and not in spite of the fact that he was black, but because he was the right person for the role. Period.


I'm not an idiot. I know we still have a lot of racial stuff to work out in this country.


Fabricated entirely by Brian Belefant, DGA at 11:28 AM 1 comment: